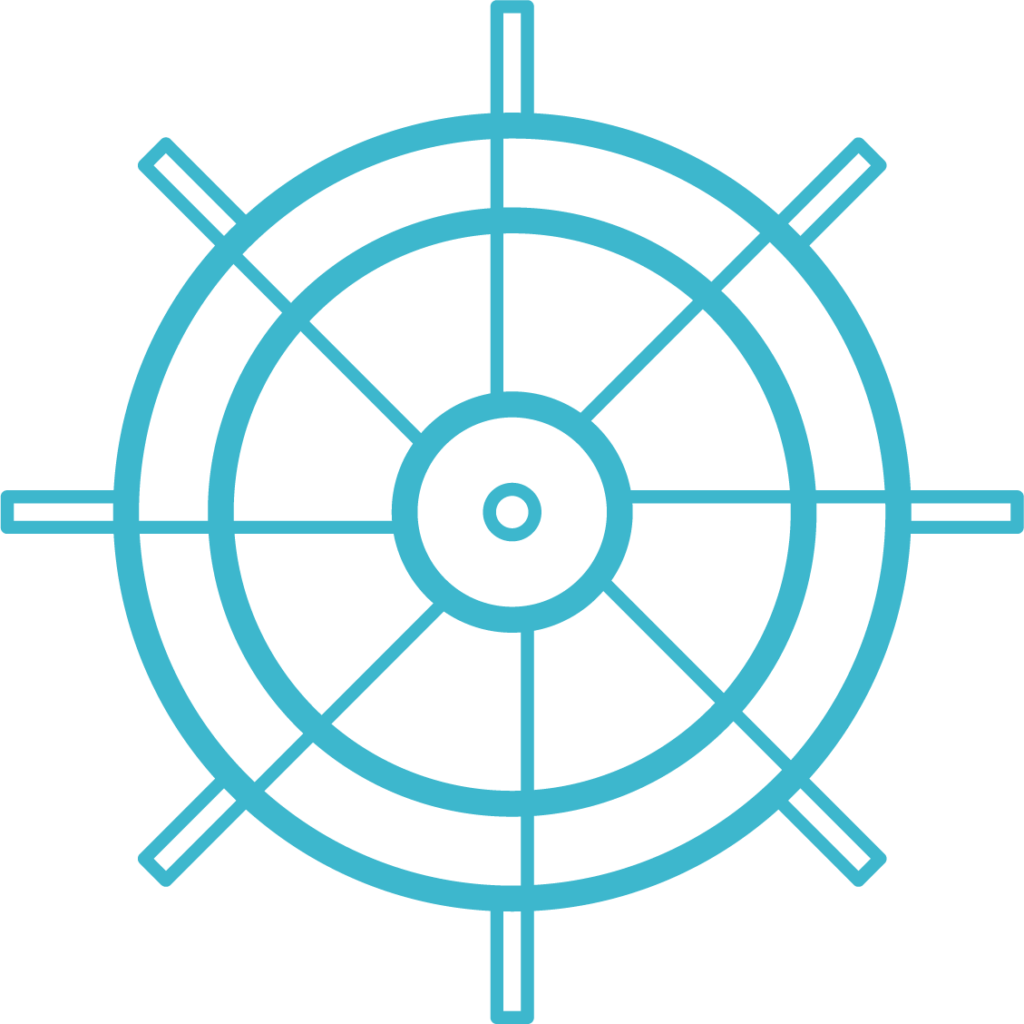 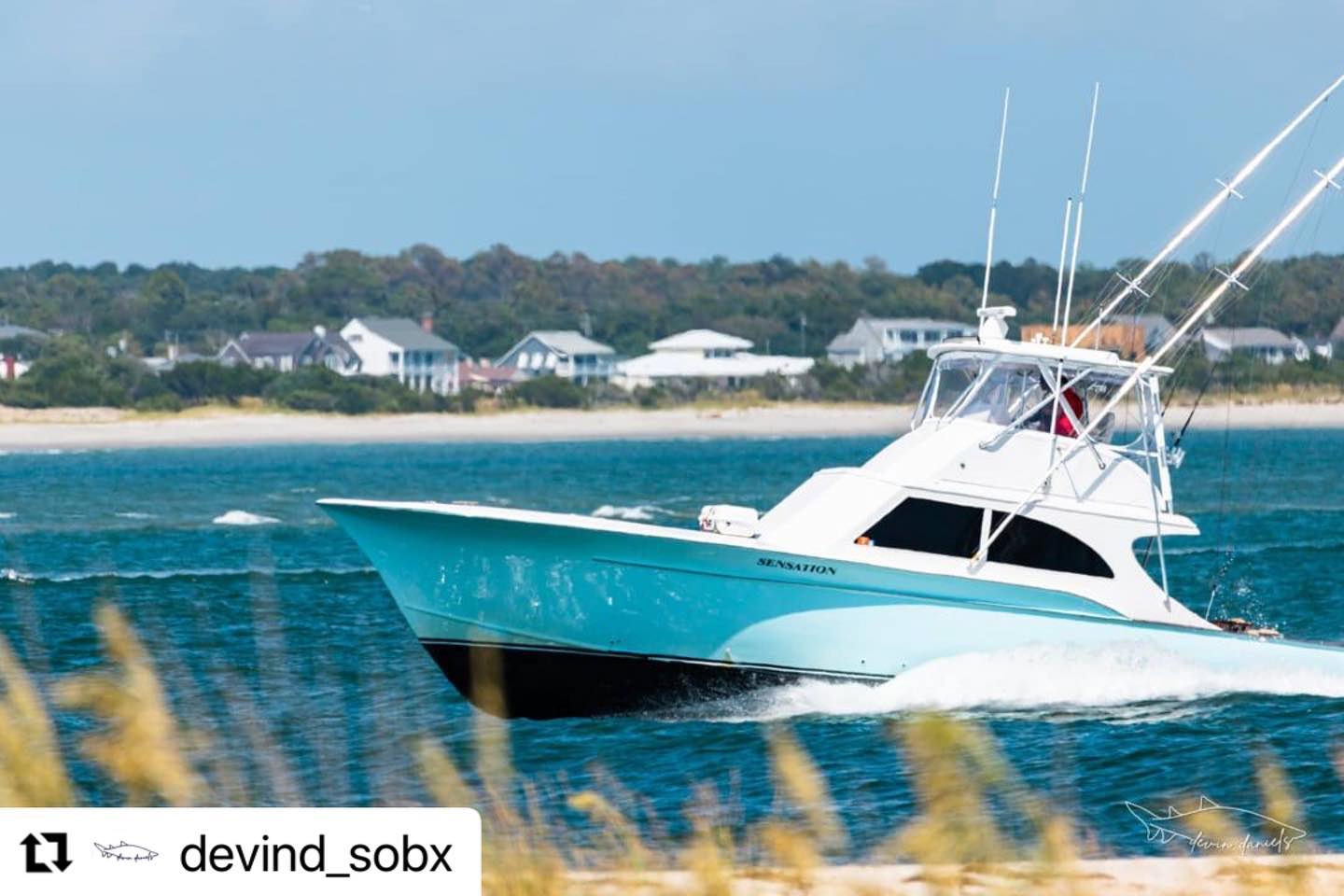 The 52’ custom Carolina Hull #1 splashed in 1988 and has since proven to be a great sea boat. Her 1550 Horsepower Caterpillar C-30 engine powers her with an impressive speed to the Gulf Stream and back. She has the latest Garmin Electronics and is equipped with the most up to date safety equipment including life jackets, a life raft and EPIRB (Emergency Position-Indicating Radio Beacon).

The Sensation was built as a charter boat and is the industry leader in offering a spacious cockpit.

She comfortably fishes up to 6 with plenty of room, cozy mezzanine seating and a fighting chair.
Her recently installed Aquatraction flooring system provides a safer non-slip walking surface.
The boat also features a large, insulated fish box with enough ice to maintain the freshness of your entire catch.

Inside the Sensation, you will find a refreshed cabin interior with all new paint, new carpet, new interior lighting, and a new Fusion music system. You’ll enjoy over 20’ feet of bench style seating plus plenty of space for your extra belongings and coolers. A clean restroom, microwave, and numerous outlets to charge your electronics are at your disposal.

The Sensation has the finest fishing equipment available

Recently outfitted with all new custom rods and ALUTECNOS reels, you’ll be fishing with the best gear on the market. Whether you are Marlin fishing, bottom fishing, or Bluefin fishing, you will have the best of everything needed for a fun, safe and productive fishing experience.

The owners and crew of the Sensation take immense pride in having the best fishing gear available, as well as in keeping the Sensation in prime, pristine condition. Just be prepared to enjoy the action! 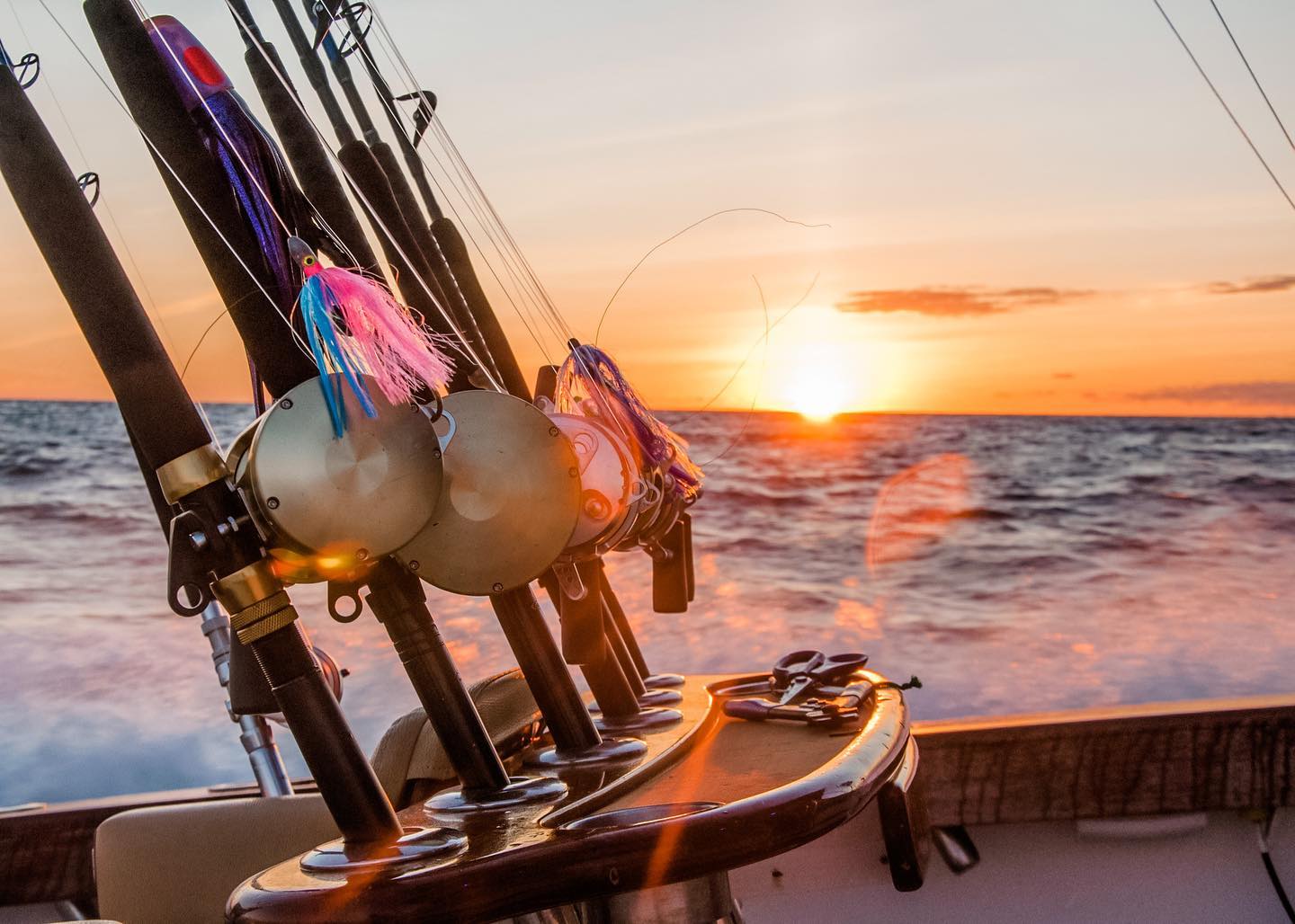 Born and raised in Beaufort, NC, Captain Adam Price grew up fishing inshore and offshore out of Beaufort Inlet and has well over 30 years experience in all aspects of the fishing on the Crystal Coast. Whether it’s inshore fishing for flounder, drum, and trout; shrimping, fishing near shore for cobia, spanish mackerel and king mackerel; fishing offshore for dolphin, tuna, and marlin; bottom fishing; swordfishing; shark fishing; or bluefin tuna fishing, Captain Adam has mastered it all.

After years of working and commercially fishing, Adam decided to take commercial fishing to the next level and in 2013 he purchased a 37’ Julian Guthrie commercial workboat, the . He took the Offshore Outlaw up and down the coast from Beaufort Inlet to Manasquan Inlet, New Jersey. In 2019, Captain Adam and his crew were featured on National Geographic’s Wicked Tuna Outer Banks Season 6. The Offshore Outlaw nearly took the season title, missing it by just one fish. Captain Adam and the Offshore Outlaw were brought back in 2021 for Wicked Tuna Outer Banks Season 8.

In May 2019, Adam came to the helm of the Restless Lady II. Fishing out of Ocean City, Maryland, he logged over 200 charter trips between the 2019 & 2020 fishing season (late May – early October). Adam and his mate/son, Lathan Price, on board the Restless Lady II, were known as one of the top charter boats in Ocean City. They always came to the dock with fish and always went to the scales in tournaments. In August, 2020, Captain Adam and the Restless Lady II brought in the second place tuna and won over 1.4 million dollars in the White Marlin Open.

Whether it’s Louisiana for Yellowfin or New Jersey for Bluefin, this Captain is always on the bite!

Following in his father’s footsteps, Lathan eats, sleeps and breathes fishing. At just 18 years old, Lathan has caught more fish than most grown men could dream of catching. In 2019, Lathan took a second mate position on board the Restless Lady II and in 2020 he was promoted to first mate on the Restless Lady II. That was a big job for a 16 year old and he loved every single minute! Both Adam and Lathan are excited to be back in Morehead and look forward to seeing everyone!